The phrase 'sunshine and showers' is fairly typically heard in England, indeed, we may have weeks of it, with the balance see-sawing hither and thither as skies darken then return to blue. Drenching and rainbows are both a certainty. Sunday saw more blue than grey, with the morning spent on a bicycle, meandering with no real goal other than fresh air and chatting to the residents here and there from Urswick and onwards.

Passing the old farm houses, village hall, and group of ugly new-builds in the wee village of Scales (named from the Old Norse, Skali, meaning huts) a golden sight appeared in the distance, glowing like a pot of honey, and one might imagine this to be the point at which a rainbow meets the ground. The cherry tree on the village crossroads. 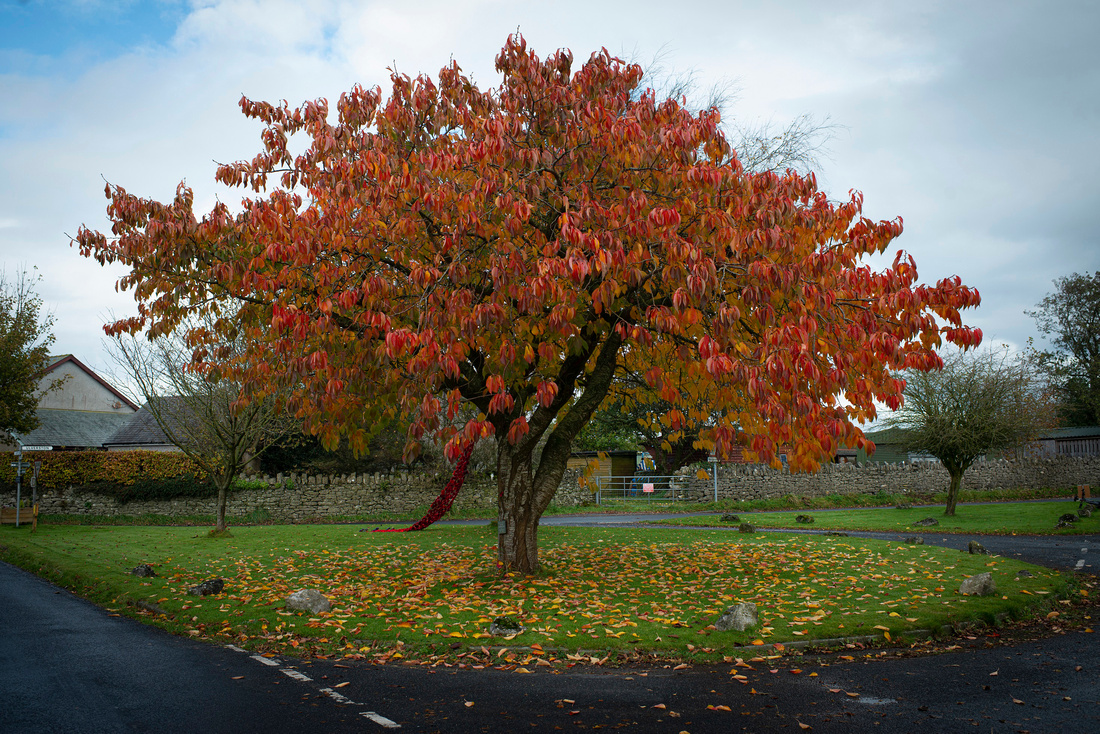 An enormous shouty Doberman bounded the vast lawn of the house whose wall I leant my bike against, but by holding its gaze and refusing to flinch it’s gusto was short lived, and said guard dog whimpered, skulking back to its owners pile having not been granted a reaction from the target. With deep breaths I wandered beneath the canopy in silence, marvelling in the colours and feeling the texture of the bark. Sat for a while in the drizzle and listened to the drops cascade between leafy tiers.

A plaque placed low on the trunk facing the main part of the crossroads hints at the tree’s history. 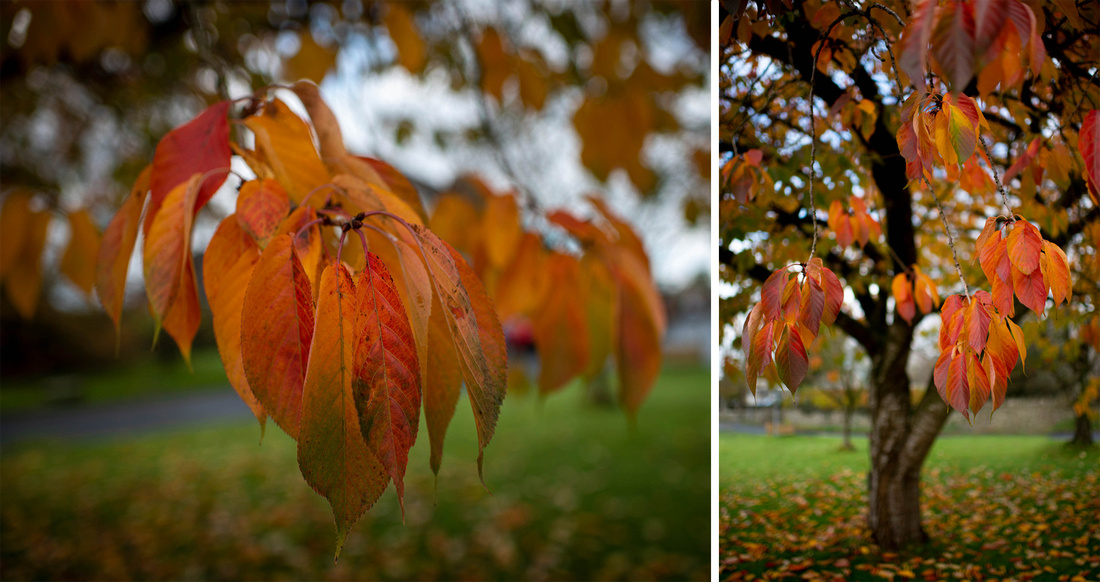 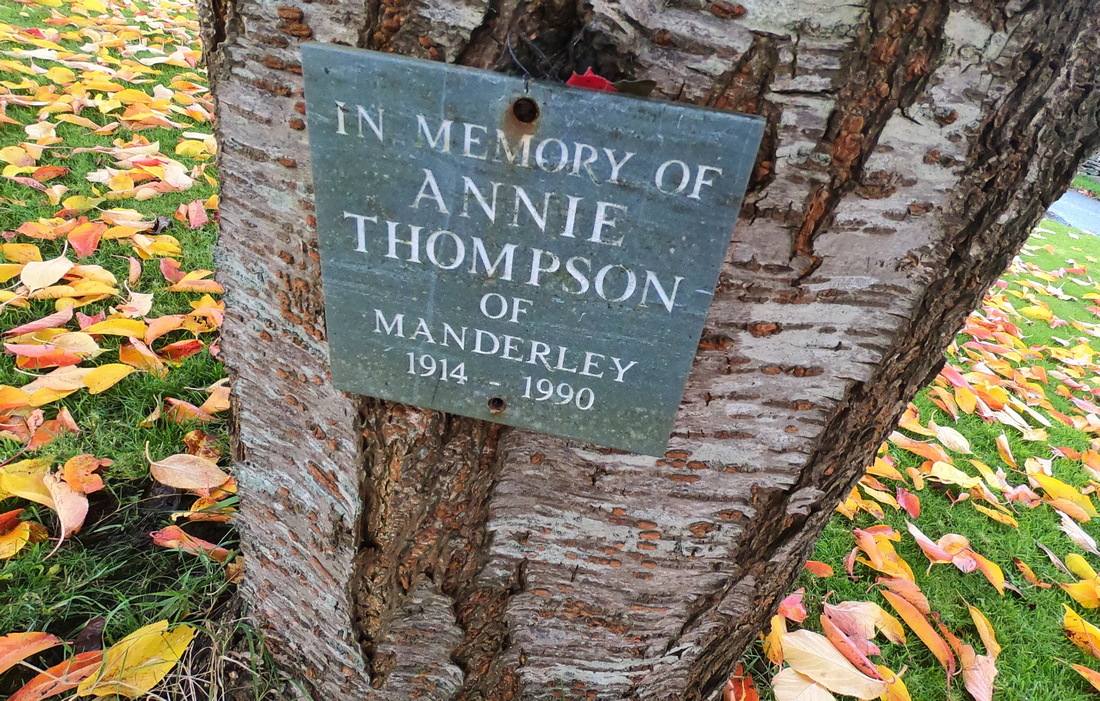 Manderley, being the name of an estate owned by Maxim De Winter in a Daphne du Maurier novel from 1938, and now the home of a shouty Doberman, one can’t help but ponder Annie and her history a little. I wonder if indeed she’d planted it, or maybe seen its leaves turn to gold and red like I had one Sunday. 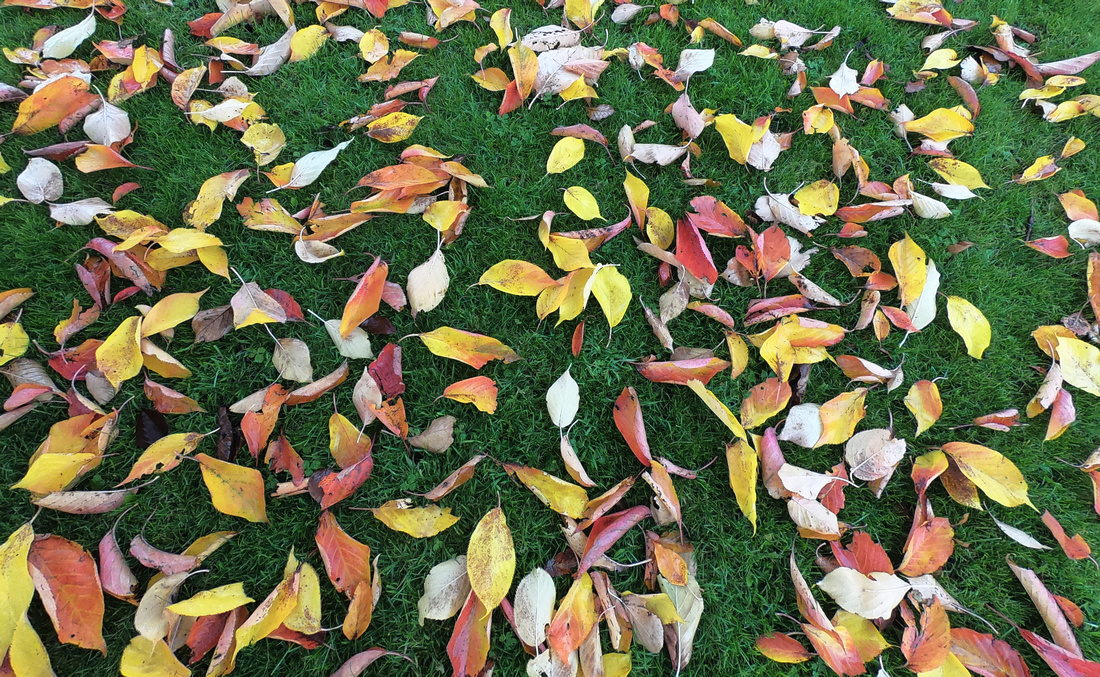